A CHIC # means that the dog has had all of the recommended health tests for its breed as determined by the Canine Health Information Center (CHIC) and the parent club for each breed (i.e. Havanese Club of America).  Each breed has a different set of required tests depending on which health concerns are specific to that breed.  For Havanese, CHIC requires BAER (hearing), eyes, patellas and hips.  At Lancaster’s of Gold Canyon, our dogs are tested for more than what CHIC requires. We routinely test for hip dysplasia, Legg-Calve-Perthes (LCP), patella luxation, cardiac anomalies, liver diseases and deafness.  Eyes are checked yearly.  In addition, many of our dogs have had their elbows x-rayed for dysplasia.

A CHIC # is not given until the dog is at least two years old.  All of our test results are proudly reported to the Orthopedic Foundation for Animals (www.ofa.org) and individual results can be viewed there as well as the results of many of their relatives. 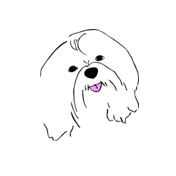 Dottie is from Tita and Bentley’s second litter. She has a sturdy structure and an incredible coat. She is a happy girl who loves to play. Dottie has passed all of her health testing and she’s looking good! 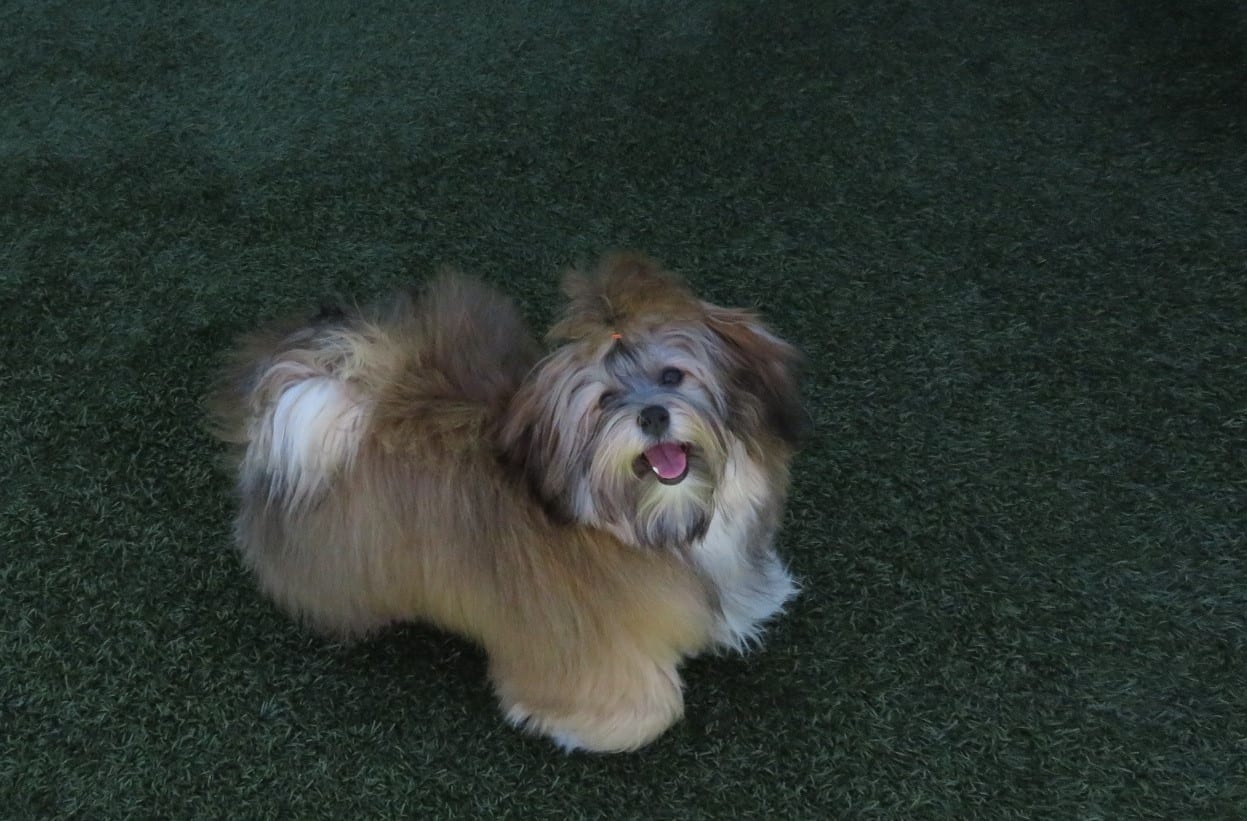 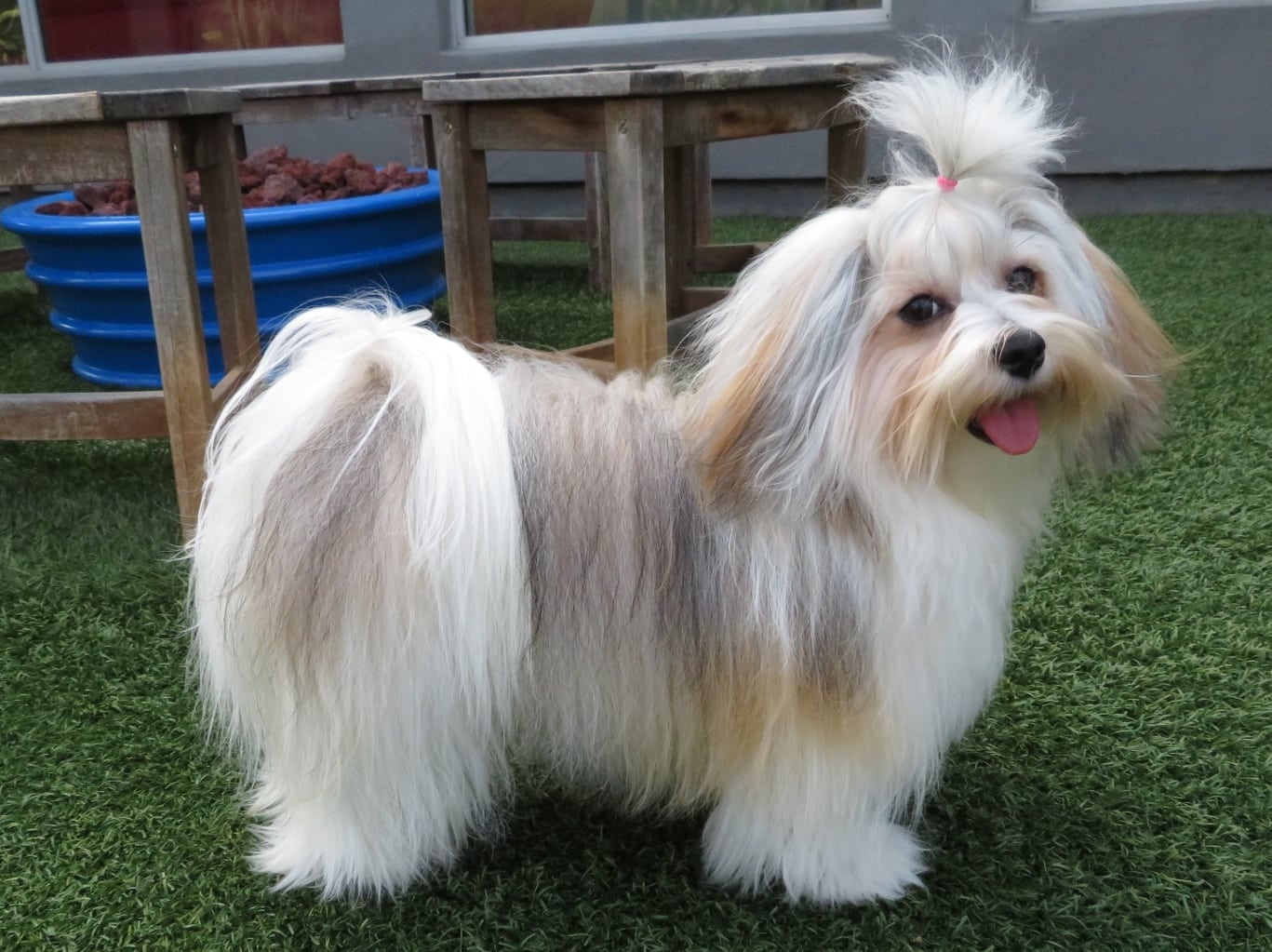 Rosie is from Tita and Bentley’s first litter and she truly got the best of both her parents. She has Tita’s beauty and Bentley’s happy energy. She burned up the show ring and became an AKC Champion in December of 2017.  We are looking forward to many years with her beautiful smile.

Patches is from the last litter of Molly and Nova. She is a pretty girl who is full of attitude. She keeps us all in line around here! 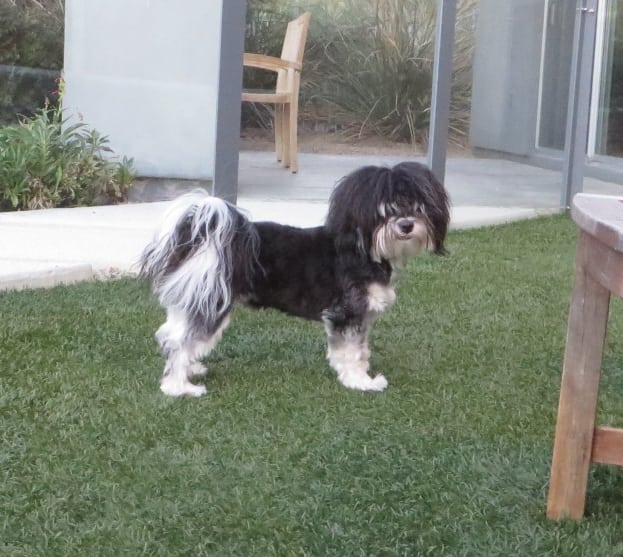 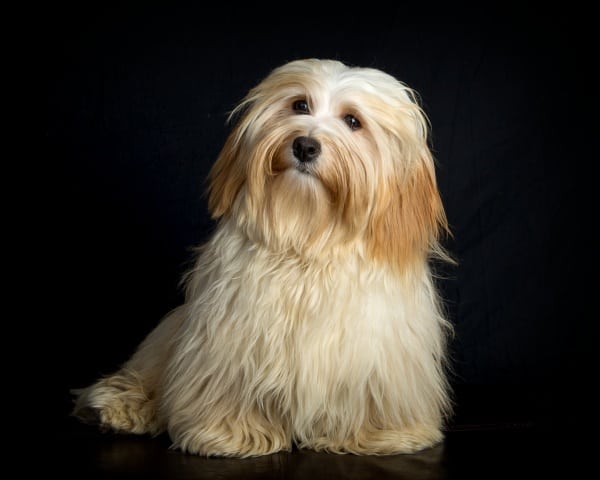 Tita came all the way from Budapest Hungary and we are thrilled to welcome her into our family. Tita has the most beautiful and lush red coat, a gorgeous face with expressive eyes and a sweet and playful personality. She fits in perfectly with our other dogs. 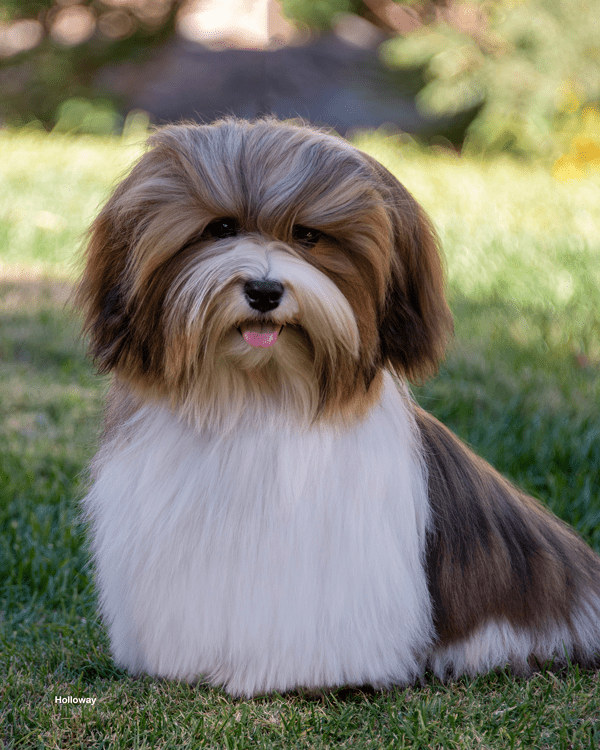 Jasper was bred by Canadian breeder Terri Fudge of Amistosa Havanese. He came to us at 10 weeks of age and we immediately knew he was something special. At 7 months of age, Jasper went to live in Virginia with his handler and compete in conformation shows throughout the Summer and Fall. He came back an AKC Champion and is now continuing his health testing. We are thrilled to have Jasper join our breeding program and look forward to the contributions he will make to the breed.

Once he has completed his health testing, stud service with Jasper will be available to approved, AKC registered and health tested bitches.

Checkers is a breeder’s dream. As a very young puppy he showed more promise than any puppy ever produced from our breeding program. Our Tillie and Miki are his parents. He started his show career at 6 months old and became an AKC Champion at the tender age of 8 months! After resting through the Christmas holidays, and on the weekend of his 1st birthday, he became an AKC Grand Champion. He was invited and attended the AKC/Eukanuba National Championship show in 2011 and he made the cut! Checkers’ true calling, however, is working as a Therapy dog. He has an intuitive ability that that is amazing to experience.  Checkers passed his Canine Good Citizen test on 4/30/11 and has been officially registered as a Therapy dog with the Alliance of Therapy Dogs. He now is a Pet Therapy Volunteer with Hospice of the Valley. 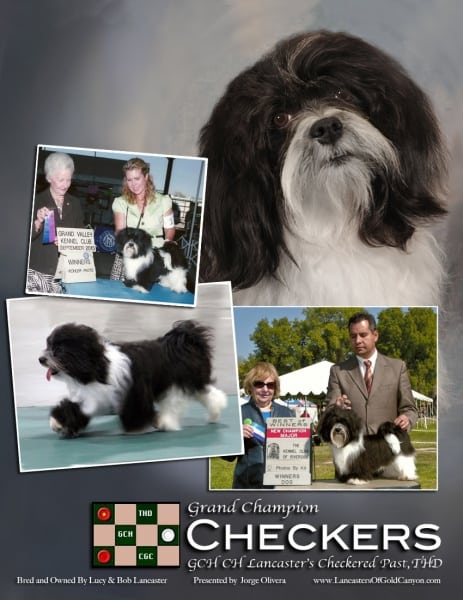 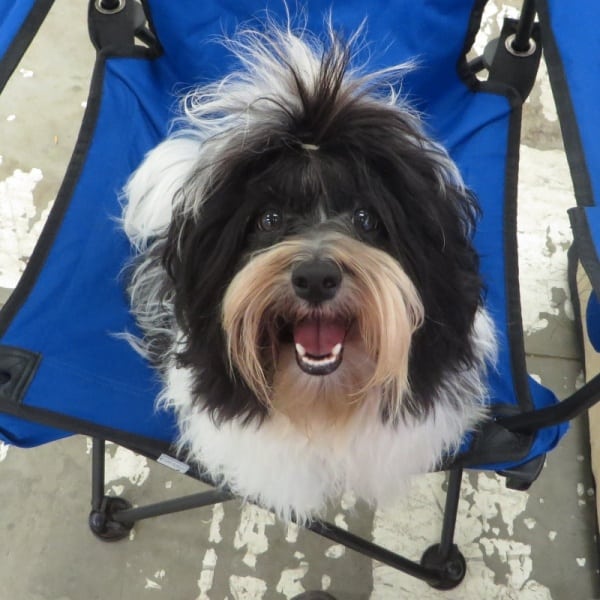 Bentley is the son of Nova and Molly and he inherited the best of each of them. He has Molly’s silky soft coat and Nova’s loving, happy and carefree personality. He passed the Canine Good Citizen test at the young age of 5 months and the Advanced Canine Good Citizen test in March of 2015. He loves to learn and has such fun trying new activities.  Bentley became an AKC Champion on the day of his first birthday!! Way to go Bentley!

Addendum: Bentley and I have started Canine Freestyle classes (Doggie Dancing) and hope to compete in some local shows once we’re ready for prime time!

Boo was our first Havanese and all our hopes were on her. Unfortunately, she was unable to safely deliver her first litter of puppies and had to have an emergency C-Section and spay.  All five puppies survived beautifully and Boo was a great Mom to them.  She continues to live with us and enjoys her role as Great-Great-Great Grandma Boo.  She now helps us raise everyone else’s puppies and has celebrated her 14th birthday in May of 2019. 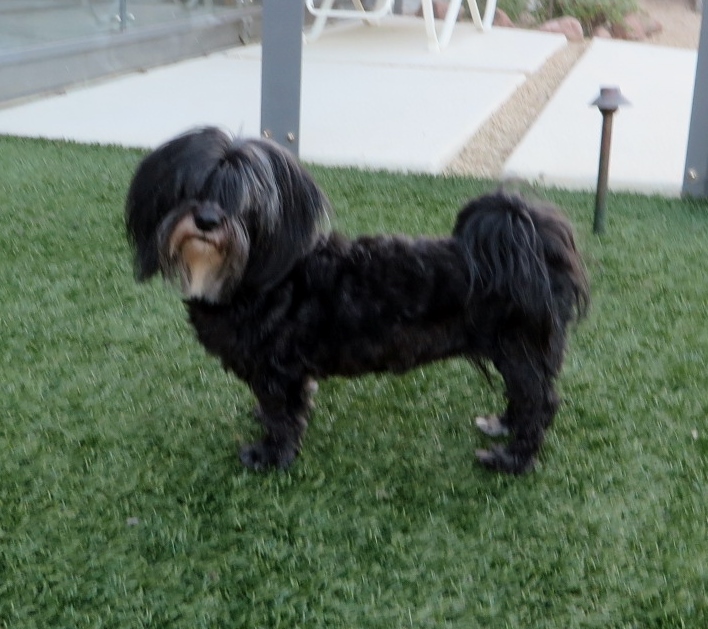 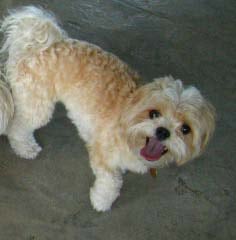 Skipper is the world’s happiest dog and she lives just to spread sunshine and kisses. She has been an amazing Mom to many puppies over the years.  There will never be another girl like Skipper and we look forward to enjoying her happy energy for many years to come.

Why Do Puppies Cost so Much?

This article by Bill Burns of The Kennel at Burns Gardens in Port Ludlow, Washington first appeared in The Havanese Breed Magazine http://www.havanesebreed.com/. This article mirrors our experience so closely that I obtained permission to reprint it here so you could understand some of the costs that are involved with breeding sound dogs.

There is always a waiting list for these beautiful Havanese puppies. To be considered for a puppy, please send us an application. This will be followed up by a telephone conversation and then a face to face meeting whenever feasible so we can all get to know each other. We try hard to match the right puppy with the right family by taking into account the puppy’s temperament as well as the role the family expects the puppy to play in their lives. We DO NOT ship puppies!